◼ Proudly Made in a cGMP Certified US Facility 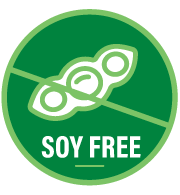 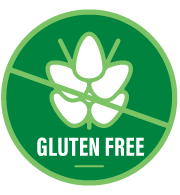 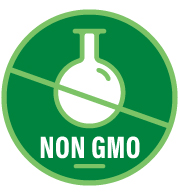 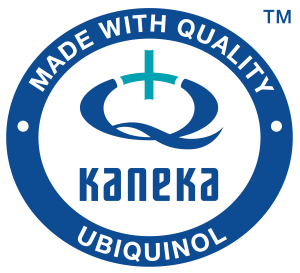 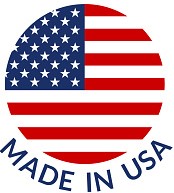 Found everywhere throughout the body, Coenzyme Q10, or Q10 for short, is a vitamin-like nutrient that plays the role of both an antioxidant and a cellular energizer. Given the scientific name Ubiquinone after its discovery in 1957, Q10 plays a key role in every single biological function of the body.

More than 99 % of the circulating Q10 in our body is present as Ubiquinol – the “active” antioxidant form of Coenzyme Q10. Some of the research has shown the Ubiquinol form of Q10 to be absorbed better than the Ubiquinone form. However, not ALL Ubiquinol is created equal. See below!

Why Choose Health Thru Nutrition Ubiquinol?

Our Non-GMO Health Thru Nutrition Ubiquinol features Kaneka Ubiquinol™. And, as with all of our products, it is manufactured in the USA under the most stringent cGMP standards.

We use the same Ubiquinol derived from world’s most recognized and researched Q10 – the only all-natural yeast-fermented and bio-identical Q10 available. Research and exacting manufacturing standards make Health Thru Nutrition’s Ubiquinol one of the strongest lipid-soluble antioxidants available today.

Best of all, Health Thru Nutrition’s Ubiquinol uses Tishcon PATENTED Enhanced Stability Formulation that guarantees you receive the Active Ubiquinol your body needs day in and day out.

Ubiquinol is found in all tissues and in the blood. Particularly high concentrations are found in tissues with very active oxidative and energy-demanding metabolism (cardiac muscle, skeletal muscle, liver, kidney, brain).

The rationale for Ubiquinol supplementation involves two major mechanisms. One is the well-known role of Ubiquinol in myocardial bioenergetics, and the second is its properties as a fat-soluble antioxidant.

First, Ubiquinol is an essential component in the mitochondrial membrane (“powerhouse of the cell”) used for the conversion of stored energy (protein, carbohydrates and fat) into directly available energy (ATP).

It plays a vital role in the cellular energy cycle. Its bioenergetics effect is of fundamental importance, particularly in cells with high metabolic demand such as cardiac myocytes.

Second is its function as an antioxidant. Oxidative stress is an important contributor to the pathophysiology of cardiovascular disease, including heart failure, hypertension, and ischemic disease.

In cell and cell organelle membranes Ubiquinol may well be the primary lipophilic molecule essential for the prevention of lipid peroxidation which results in cell damage and eventually cell death. Moreover, Ubiquinol recycles other antioxidants such as vitamin E and C.

Extensive research has confirmed that mitochondrial and extramitochondrial Ubiquinol provides protection not only against lipid peroxidation but also against protein and DNA oxidation. Or, as the world-renowned scientist Professor Bruce Ames from the University of California, Berkeley, inventor of the Ames-test, stated in 1990: “It seems that Ubiquinol is the first lipid-soluble antioxidant in evolution and is of universal importance for antioxidants defenses in biology”.

The latest findings regarding the effect of CoQ10 on gene induction were obtained with Ubiquinol. Ubiquinol functions as a regulator of several genes of the intermediary metabolism of various nuclear transcription factors as well as myocyte-related growth factors that are important for myocardial regeneration.

Prof Döring from the University of Kiel in Germany is a global in silico expert and has stated that Ubiquinol is a master regulator of many transcription (co-)factors in gene expression.

Directions: Adults: take one (1) softgel daily as a dietary supplement, or as recommended by your health care professional.

Caution: Before using any dietary supplement, pregnant or lactating women should consult with a physician or health professional.

Q+®, Kaneka Ubiquinol™ and the quality seal are registered or pending trademarks of Kaneka Corp.

The use of Ascorbyl Palmitate in the formulation is covered by U.S. Patent No. 6,740,338

There are no reviews yet.

This site uses Akismet to reduce spam. Learn how your comment data is processed.